I finally went on a safari to Maasai Mara for my birthday! I am becoming so boujee haha. Let me start by saying that this was one of my best safaris so far. I had said that this year is going to be the year of safaris and trying out new things. . Before we dive into this post I hope you have read my post about top 10 travel tips you should know because those tips are what I applied in this safari.

I am going to do a breakdown on how to get the best deals for your travels. My friends and I planned this safari for almost two months in advance. We decided that we are going to go somewhere none of us has been before. It was a battle between Nanyuki and Masai Mara. Clearly Masai Mara won. I was then tasked to find the best deal for 8-10 people. I did my research and approached as many tour companies as I could so as to get the best deals and finally settled on Bountiful Safaris.

We decided to go with a tour company because we all wanted to go and have real fun and relax and not be worried about fueling, servicing cars, traffic police, driving with a hangover, the list is endless. I got an amazing offer from Robert Bountiful Safaris that included us being picked up and dropped at home, transport to and from Maasai Mara, food on full board and park entry fees.

Also read: Why you need a tour Agent.

Maasai Mara is  5-6 hours drive from Nairobi. We got picked up at around 7:30 am. The van was so awesome, spacious, clean and it even had sockets for charging our electronics.

You will need snacks and drinks on your way so you better have extra money for that. 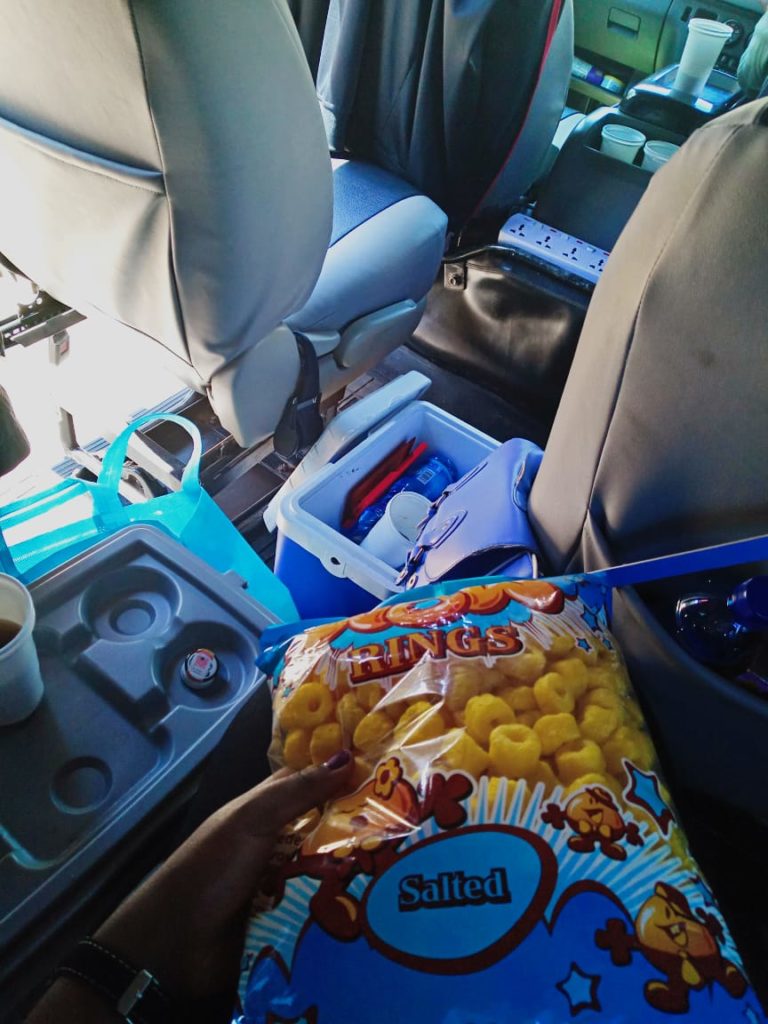 We had to take photos at the Rift Valley Viewpoint. 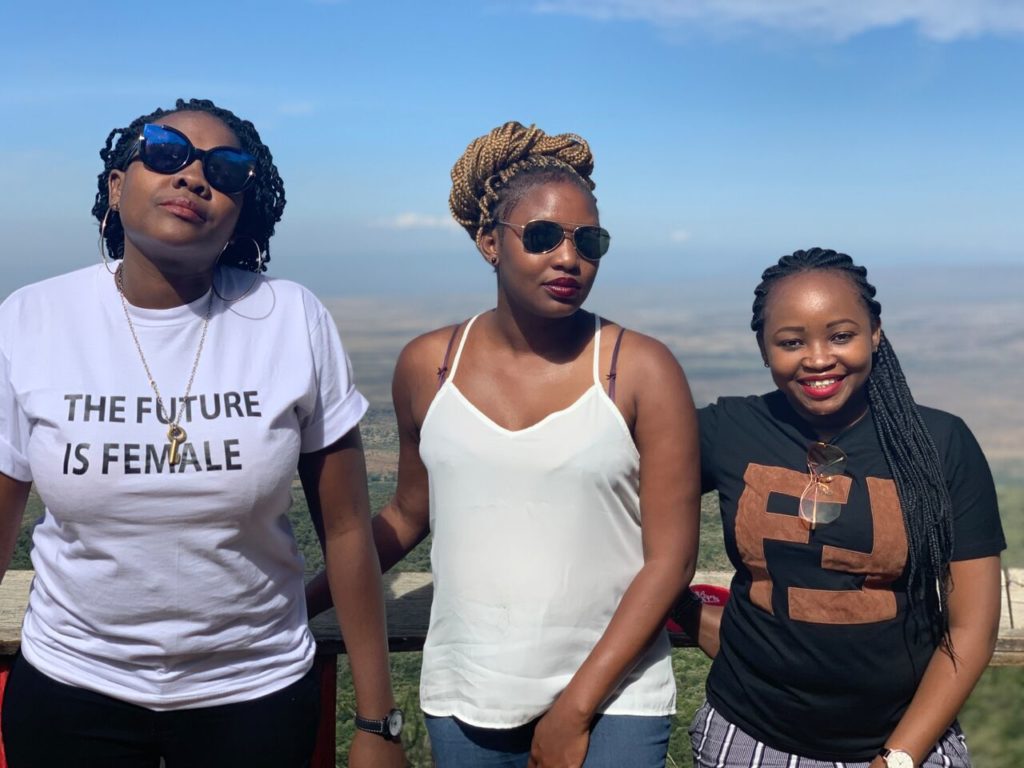 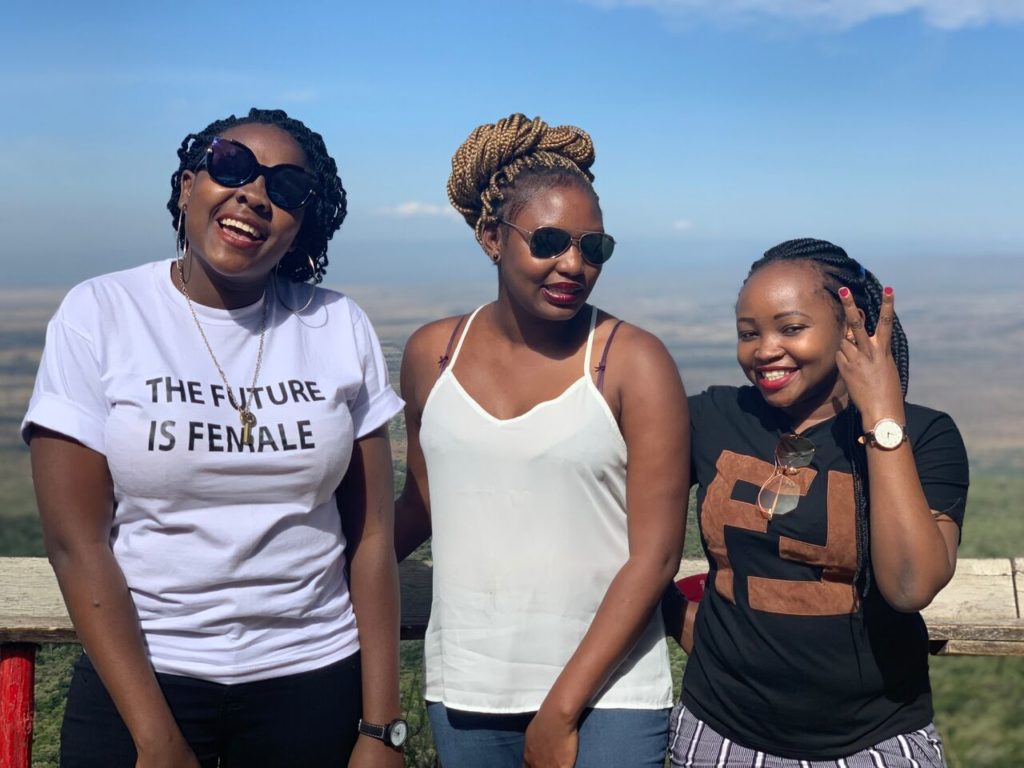 After viewpoint it took us almost 3 hours to reach Maasai Mara. Maasai Mara is best during the dry seasons and  off peak seasons. During peak seasons such as the wildebeest migration it is very expensive and it can go upto Kshs 30,000 per person for a weekend.

We  arrived at our camp at around 2:00pm. The camp is called Rhino Tented Camp. Each “cottage” had two beds. One big double bed and a small twin bed, a toilet and a bathroom with a hot shower. Since most of the camps don’t have electricity, they use generators and that’s why they have to switch off the lights by 10:00pm. In the morning u get electricity from six to around 10:00 am. Their showers use solar energy so they always have hot water even when the electricity is off. All their meals are served at the dining room which also has a bar. 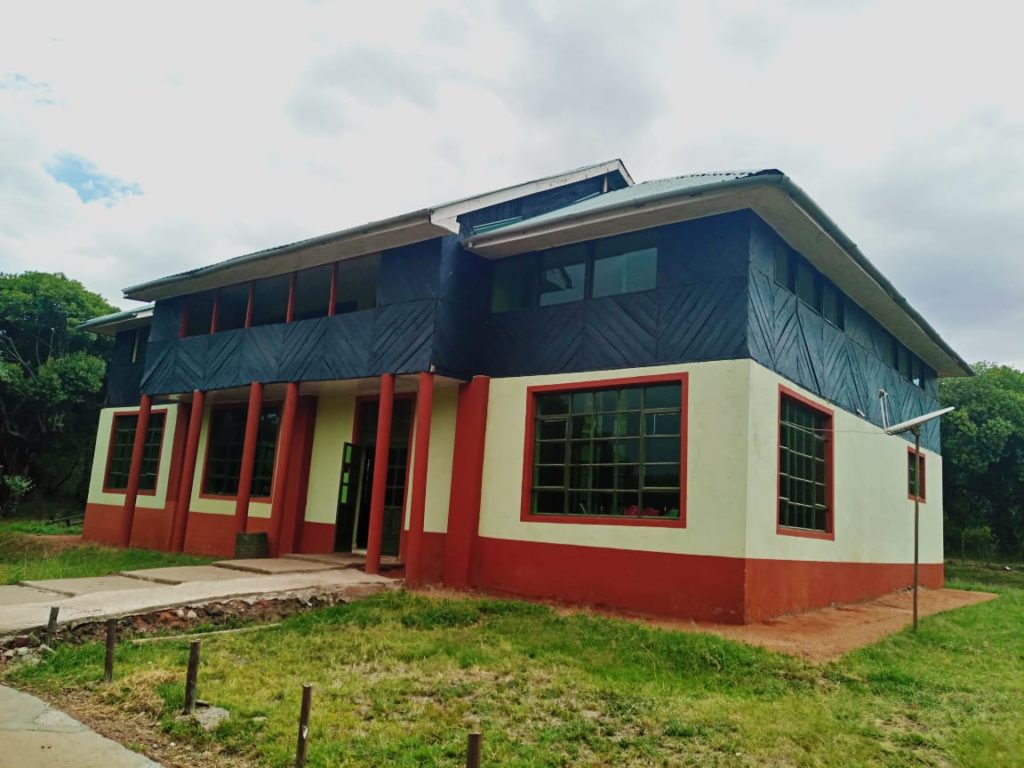 We had our lunch and in an hour’s time we went for the game drive.You need to have your Identity Card or passport on you at all times. The Park entry fee is Kshs 1,000 per person per day so for two days we paid Kshs 2,000 per person. The good thing is that when the tour company give you the package, it is inclusive of the park entry fee. The game park was ten minutes away from where we were sleeping. You can also request for a bush breakfast in the park. We had a lunch picnic in the park. The game drive was amazing. We saw quite a number of wild animals from the famous tano bora cheetahs, lions, elephants , giraffes, topis, Antelopes, Warthogs, Hyenas, Leopards and buffaloes. The only thing we didn’t see were the rhinos. I liked how the drivers were coordinated. If one spots an animal like a lion or cheetah, they alert the drivers on the location so that he can also show his guests.

The next day we spend the whole entire day in the park and it was amazing.  For those with extra money you can go for a balloon safari at 41,000 shillings per adult and 35,000 shillings per child below 12 years. This price is exclusively for the balloon safari. It does not include food or accomodation. The ride is also just for one hour or at most one and half. 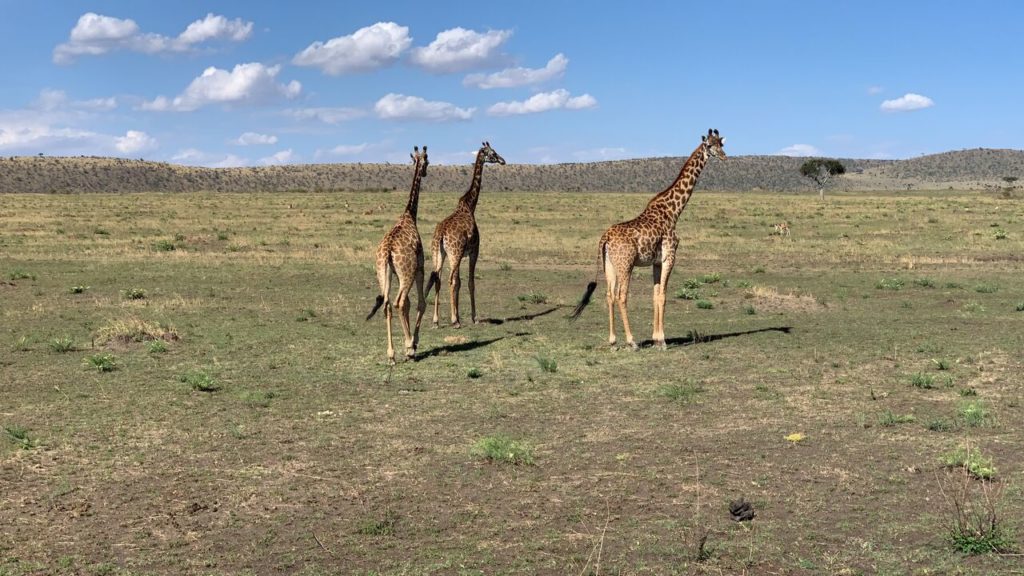 King of the jungle. 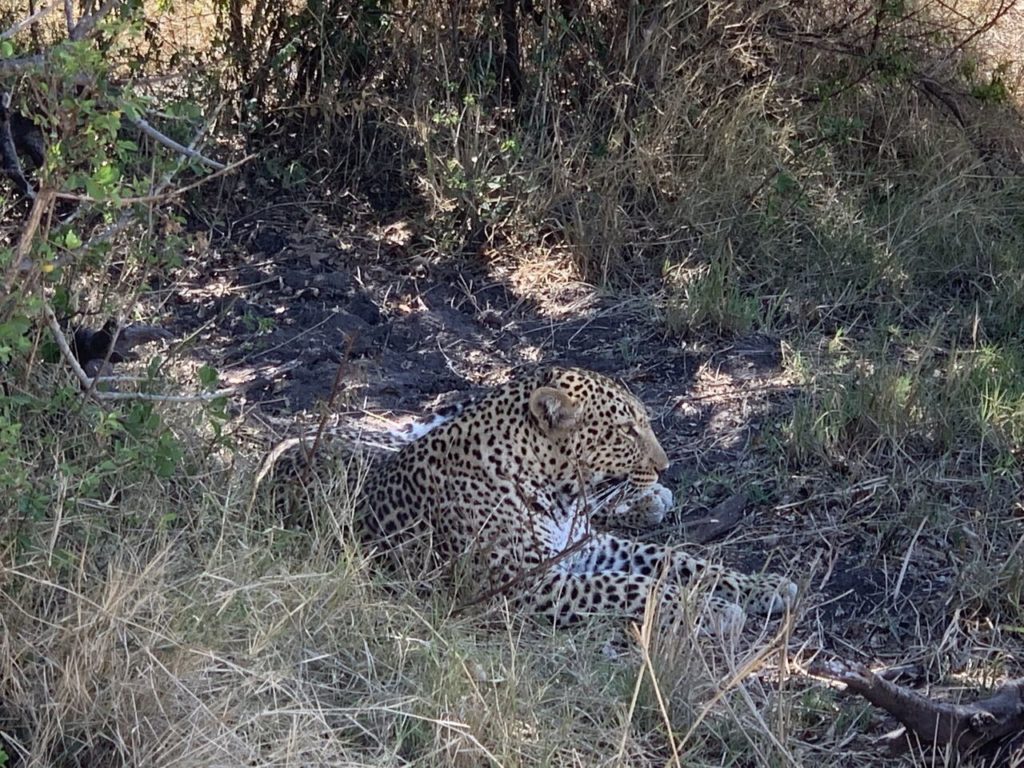 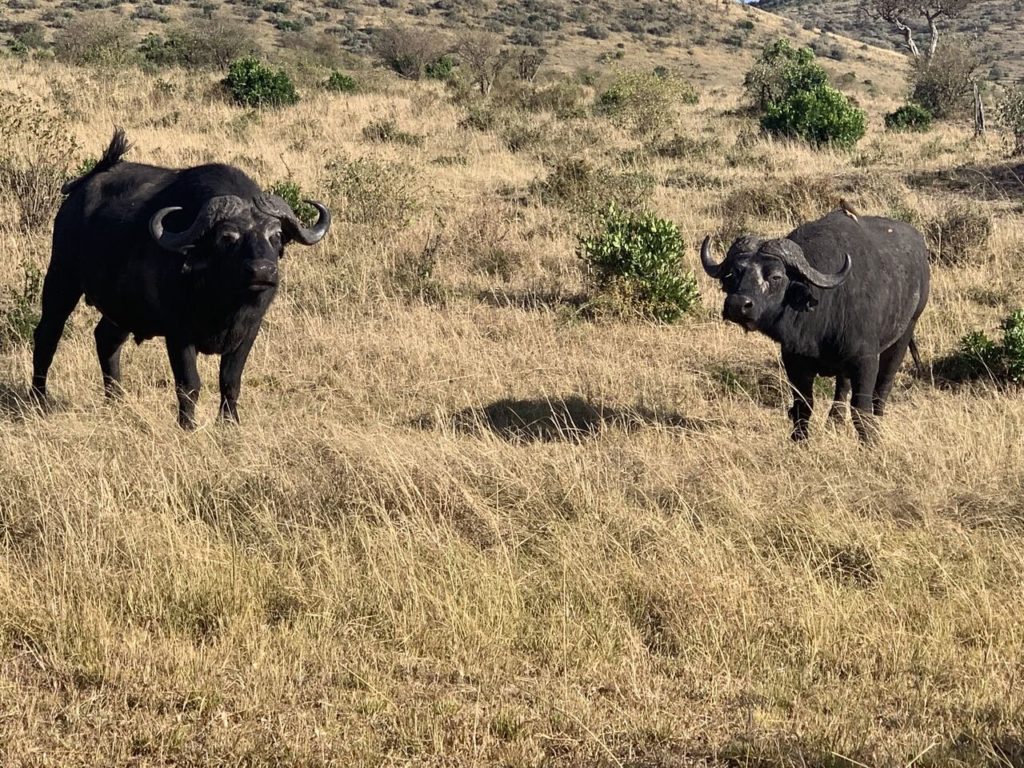 We also went to see the Mara River. It is not as dry as I had read in the newspapers. How could we not visit the air strip???  waah this are slay queen poses!! 🙂 To add icing to the cake,(literally) when we came back to our camp, the Chef surprised me with a birthday cake. 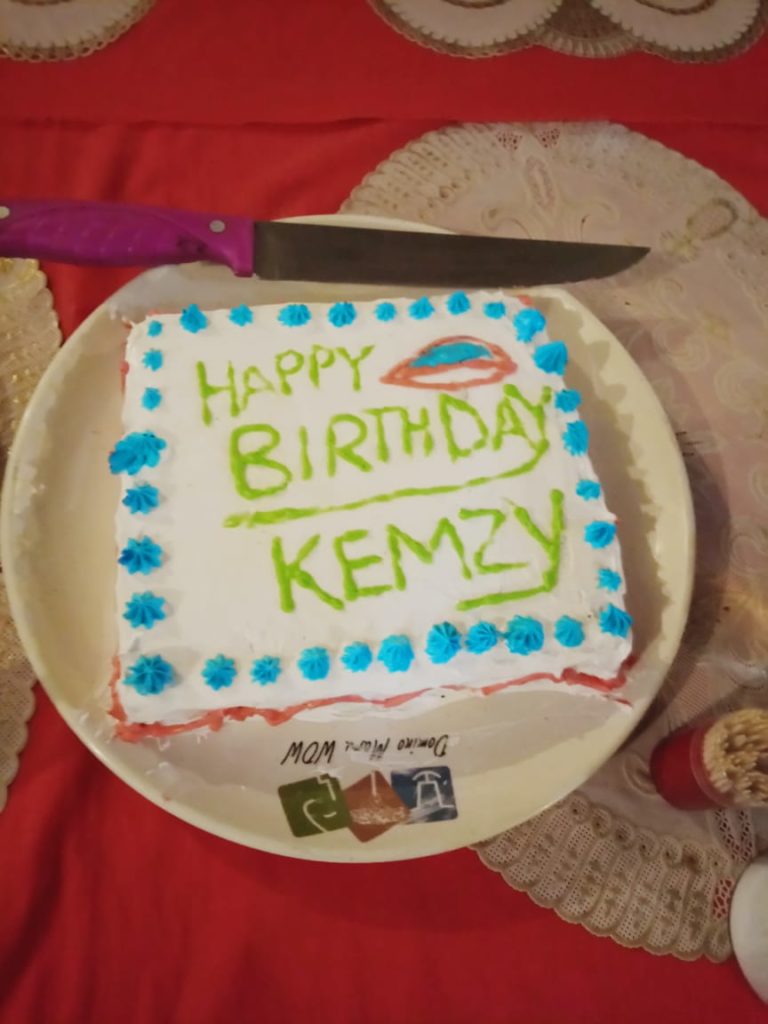 This one was from the squad on the actual birthday date. I had two cakes!! 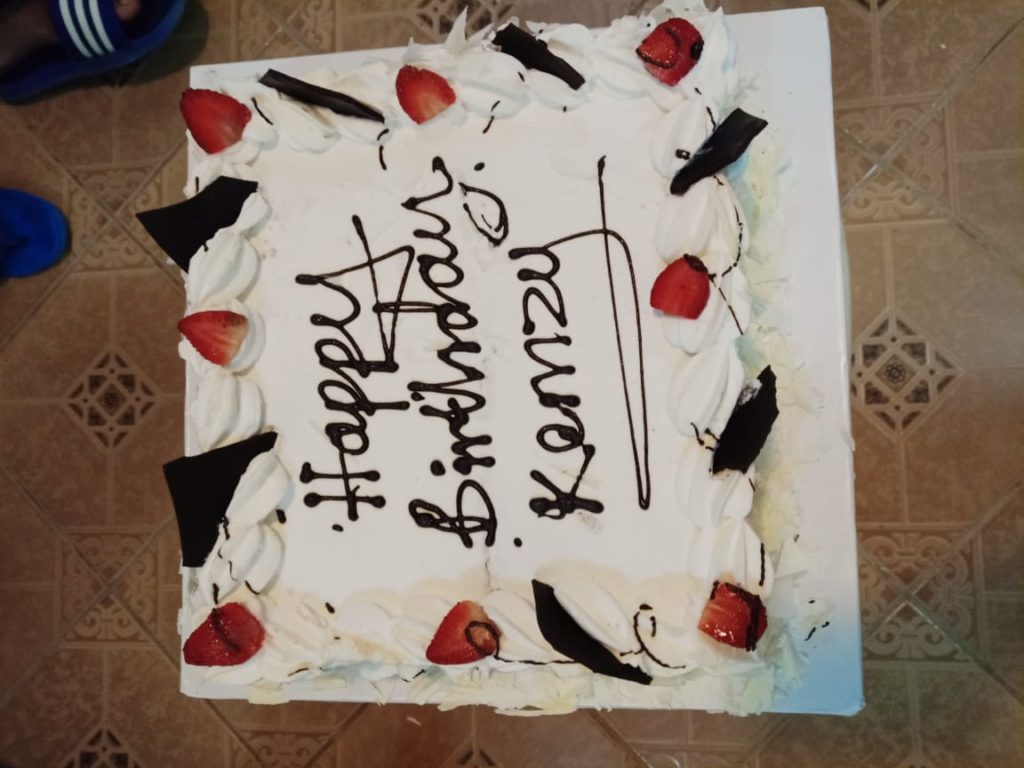 I really enjoyed myself.  Best birthday so far. So folks that is all from me today. I hope for your next trip you use all the tips I told you about. Where should I go next? And also who wants to join me on my next trip? Halla at your girl.